Indian Monk, Swami Vivekananda, once wrote; “Take up one idea, make that one idea your life. Think of it, dream of it, live on that idea. Let the brain, muscles, nerves, every part of your body be full of that idea, and just leave every other idea alone. This is the way to success.”  An idea and a dream, proved that one can not only think it but achieve it with hard work and aspiration.

Mr. Anderson is the President and Founder of Rosewood Memorial Funeral Homes. A native of Longview, Texas, Mr. Anderson graduated Longview High School in 2011. As a young man, Mr. Anderson dreamed of being an entrepreneur.  In his early years of life, Mr. Anderson faced many challenges of trying to understand business and overcame many financial stumbling blocks. Mr. Anderson did not let that deter him as he financed the business out of pocket until he was able to get lending needs from a bank.

Mr. Anderson is married to Khadijah Anderson, where together they share four children; Khayliee, Layla, Joshua Jr., and Jaxton. In his free time, he enjoys cooking on his patio, relaxing, watching Lifetime, and spending time with family and friends. He also loves to modernize interior decor. When he is not working, you can often find him teaching and coaching his staff or building and developing properties. A devoted man of God, Mr. Anderson can be found at church, where he loves to lead songs, and has sung in the Mount Olive Baptist Church Male Choir. 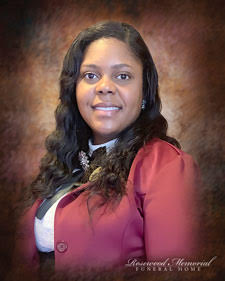 Is a native of Gilmer, Texas, graduate of Gilmer High School class of 2012. She is an only child.

Mrs. Anderson has been involved in the funeral industry since 2011.

She is married to Joshua Anderson, Sr., together they share four children; Khayliee, Layla, Joshua Jr., and Jaxton. She currently serves as the Vice President and Funeral Director in Charge at Rosewood Memorial Funeral Home. Mrs. Anderson finds pleasure in creating lasting memories for each family that she serves.

In her free time, Mrs. Anderson enjoys spending time with her family and friends, traveling, and relaxing.

Joshua, 4,  is the son of Mr. & Mrs. Anderson and a native of Longview, Texas. He is inspired by his parents to become the next generation of Rosewood and continue the legacy of the funeral home. He enjoys assisting his parents in daily clerical work, as well as management duties. He is the youngest of the three Anderson children, but he considers himself “The Boss”. Bubs’ dreams are to one day become a Licensed Funeral Director and take over the family business. In his free time he enjoys watching Paw Patrol, eating tacos, and simply being a little boy. 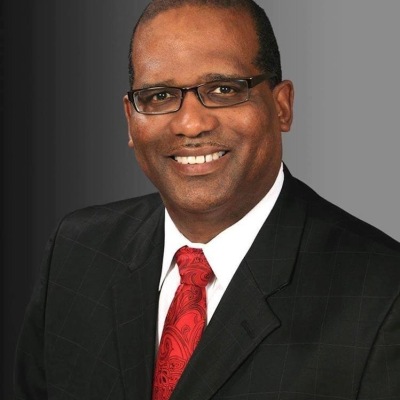 Allen Dave served as Allied Industry Chairman from 2009-2011, appointed Secretary of the Board of Directors of ICCFA under President Mark Krause and was elected to the board of directors twice from 2011-2016. In 2010, Allen Dave created a management company, Death Care Management & Financial Group, LLC., to manage funeral homes in Texas. Bob Lomison of Letum, Inc. offered Allen his first management contract in Central Texas. In 2014, Allen joined the senior management team of Letum, Inc. as vice-president of the funeral home division and in 2015, vice-president of Letum, Inc and 2016 named president of the funeral division. Death care leading professional association (ICCFA) honored and awarded Allen with his certification accreditation as a Certified Funeral Executive at their 2014 national convention. In addition, in 2014 Allen became a Texas Certified Crematory Operator and is a Louisiana and Texas life insurance agent, serving his second term on the ICCFA Board of Directors expiring 2016 and a featured speaker across the country.

January 2016, Allen Dave received his approval from the Louisiana State Board of Embalmers & Funeral Directors to practice in the State of Louisiana.Louisiana Cremation Service, Inc., a subsidiary of Letum Inc. was formed and acquired Winnfield Holding Corporation February 29, 2016. Allen Dave, named president of the company. Allen Dave has the unique opportunity of owning, operating and managing funeral homes, and crematories in Louisiana and Texas. He advises the Anderson's on financial decisions before large purchases are made as well as keeping updated ,mortuary laws, rules, and regulations. He handles all cremation needs for Rosewood as well as negotiates the fleet purchases.

He and his wife Micca have three children in college; Barrington, Jasmine and Alexandria.

Larry J. Rankin, is a native of Dickinson,  Texas. He graduated from Dickinson High School in 1992, and later studied at the University of Texas at Austin.  Larry completed an Associate Degree of Applied Science in Mortuary Science from Commonwealth Institution of Funeral Services, in Houston, Texas. Larry has over 27 years in management experience .Larry is father of Isiash and twin girls Kennedy and Mckenize. Larry is a official with the Longview Basketball Association. Larry enjoys traveling and fishing in his free time.

Bobby later decided to pursue a career in the funeral business.

Bobby attended Dallas Institute of Funeral Service where he acquired his Funeral Director's license. Bobby has also worked for several funeral homes and has a lot of experience in this profession.

Bobby is an very outgoing , family oriented personality will certainly be an added values to families being served. 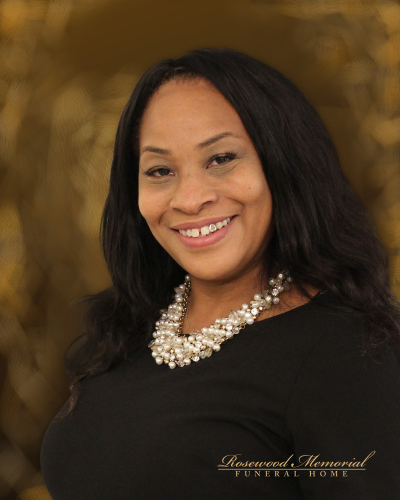 Shinetra Buchanan Shaw was Born in Longview, Tx. She's a native of Diana, Tx. Mrs. Shaw Relocated to Longview in 1993 Before Graduating from Longview High School in 1998. Shinetra was recently married to Anthony Shaw together they share 5 children. In 2005 she completed studies at Tyler Junior college as a Certified Medical Assistant. Mrs. Shaw has an Associate Degree from Jarvis Christian College and continuing studies for License Funeral Director at Northeast Texas Community College. She is also a General Life insurance Agent with Texas Service Life.  Mrs. Shaw currently serves as The Office Administrator, Funeral Directors Assistant, Funeral Service Attendant and writes Pre-Need Insurance for Rosewood Memorial. Shy has 3 beautiful grandchildren and a Loving Husband whom she enjoys spending time with in her spare time. Mrs. Shaw hobbies include, being with family,  cooking, serving others, Church, Reading, traveling & any events that require laughter!

Is a native of Upshur County, Texas, graduate of New Diana High School class of 1983.  Ms. Miles is the mother of one son, Durell; and the proud grandmother of one grandson, Tayveon. Veronica has served with Mr. & Mrs. Anderson since the opening of their business endeavors and takes pride in being a part of the staff.

Veronica finds joy in spending quality time reading her bible, attending church, hanging with her family (especially her son and grandson), fishing, and being an active member at her church.

Ms. Miles has a smile that outshines the sun and spirit of happiness that matches it. 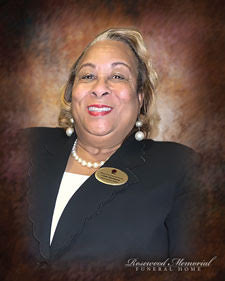 Is a native of Gilmer, Texas. Ms. Buchanan has been with Rosewood since 2016. She has three children. Outside of the funeral industry, Ms. Buchanan operates her own catering service.

Is a native of Gilmer, Texas graduate of Gilmer High School class of 1978. Mrs. Roberts has been married to Pastor Earl Roberts since 2001, together they share six children and eight grandchildren. Arethia has been serving with Rosewood Memorial Funeral Home since 2017. Mrs. Roberts not only has a heart to serve, but she has a passion for doing hair. She has been a licensed cosmetologist for 28 years. In her free time, Mrs. Roberts likes to enjoy time with her family and friends, travel, and laugh..

Ms. Doris G. Johnson-Brooks has been with the Rosewood family, (one of the many branches of J. H. Anderson Enterprises) since its inception. She has filled many roles at the funeral home, including managing business operations and assisting the licensed directors in preparing for services or meeting with families.
Although a native of Longview Texas, Doris grew up and received her formal education in Los Angeles, California. She is the proud mother of her son, Dylan Grey Johnson.  Additionally, Doris is also a skillful musician, recognized on local, state and national levels. She often shares that expertise during Rosewood services when needed. Doris works hard to ensure that the reputation of Rosewood elevates continuously with the "quality of service our families expect." 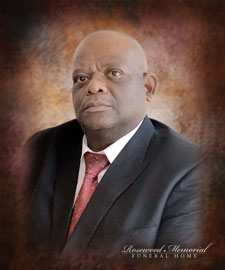 Is a native of Pittsburg, Texas. He has been with J.H. Anderson Enterprise since 2015. In his free time he enjoys hunting and spending time with his family. 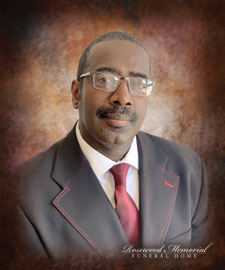 Is a native of Gilmer, Texas. He has been with J.H. Anderson Enterprise since 2011. Mr. Strong is a retired Army Veteran. He is married to JoAnn Strong, together they share three children; Melvin Jr, Kim, and Jomia.

Is a native of Athens, Texas. He has been with Rosewood since 2017. Mr. Paul is a member of the Athens ISD School Board. In his free time he enjoys spending time with his wife and children. Mr. Paul has been with J.H. Anderson Enterprise since 2016

A year of daily grief support

Our support in your time of need does not end after the funeral services.  Enter your email below to receive a grief support message from us each day for a year.  You can unsubscribe at any time.

Visit www.prepaidfunerals.texas.gov for information relating to the purchase of preneed funeral contracts including descriptions of the trust and insurance funding options available under state law.
© 2021 Rosewood Memorial Funeral Home. All Rights Reserved. Funeral Home website by CFS & TA | Terms of Use | Privacy Policy